The channel manager is a valuable tool for understanding travelers‘ behavior in the first few months of recovery from the lockdown. Summer is now well underway and tourists from all over the world seem to be leaving behind the bad memories of the quarantine.

Thanks to the analysis of the data collected by our channel manager in the months of April to June 2020, we want to give a clearer idea of ​​today’s situation.

Data collection found that reservations are: 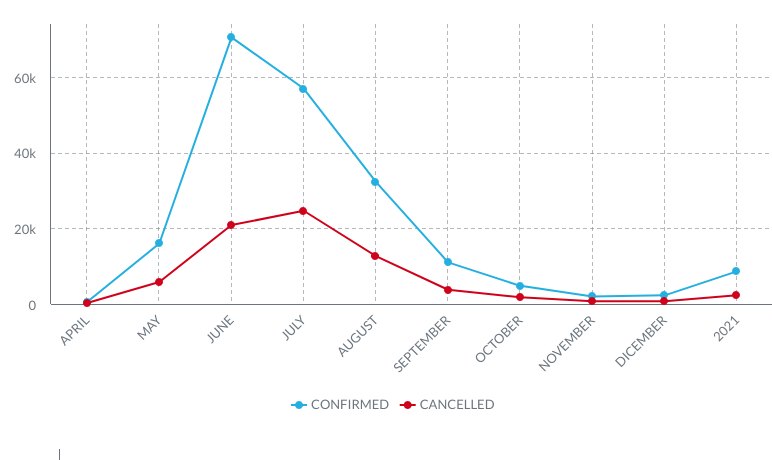 As can be seen from the graph, June was the turning point. It is clear that the number of confirmed bookings has far exceeded the canceled ones. Until May, in fact, due to health and economic uncertainty, the numbers had remained low. In fact, since May the data from channel manager have recorded a significant improvement compared to the total block in April.

The analysis also shows that the majority of reservations are focused on the summer period, while reservations for the winter are still few. The uncertainty of a possible return of the virus has led to a drastic decrease in bookings for the end of the year, while there is already a slight increase for the next year. 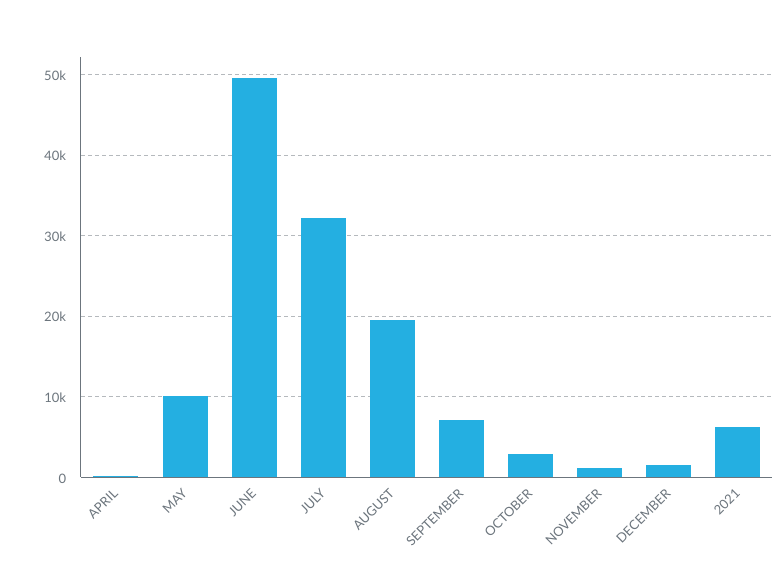 As further confirmation of the trend, this graph shows the difference between confirmed and canceled reservations registered by the channel manager by month. The easing of the lockdown in June and the hope of a return to normal allowed a boom in confirmed bookings.

It is interesting to note that 2021 shows an upward trend, unlike the last months of the year that still suffer from the consequences of the virus.